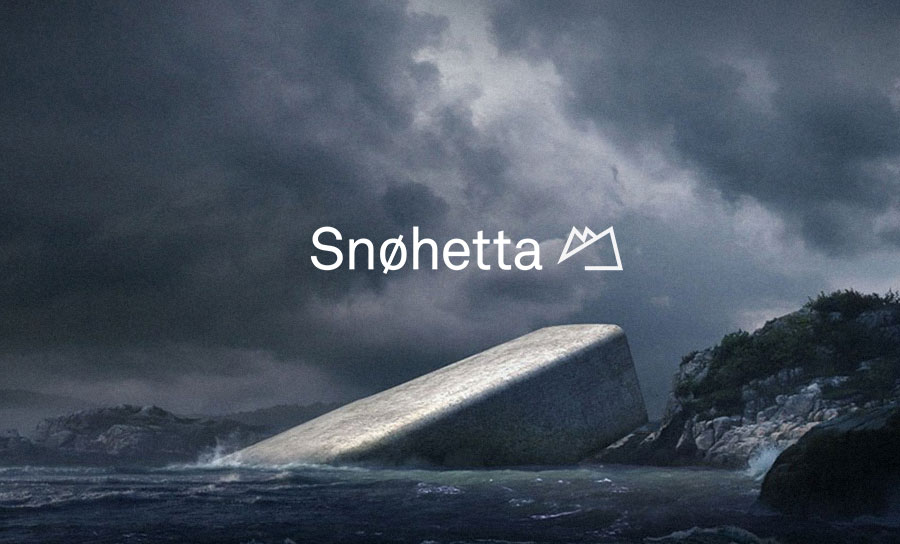 16 Jan Snøhetta – A place that nobody is from, but anyone can go to

When looking for Norwegian design there is no way around Snøhetta – an outstanding agency for architecture, interiors and brand design.

Snøhetta turns from a collaborative architectural and landscape workshop in 1984 to an internationally known and award winning agency today, with more than 180 employees from 30 different nations and offices in Oslo, New York, San Francisco, Stockholm, Innsbruck and Adelaide.

Even if architecture and interior projects are dominating and brand and graphic design are playing a minor role, this agency (for me) is a prime example for nordic design. Their acting with natural inspired shapes, materials and colours is awesome. Nothing seems displaced in any way and Louis Sullivan’s sentence “form follows function” (in it’s original meaning) fits perfectly for this kind of work. Or put in other words: form and function in perfect interaction.

Some of my favourite projects are… (release date May 30, 2017; in coperation with Metric design studio) a planned underwater restaurant at the southernmost point of the Norwegian coastline. More info: under.no Check out their website for more incredible projects: snohetta.com