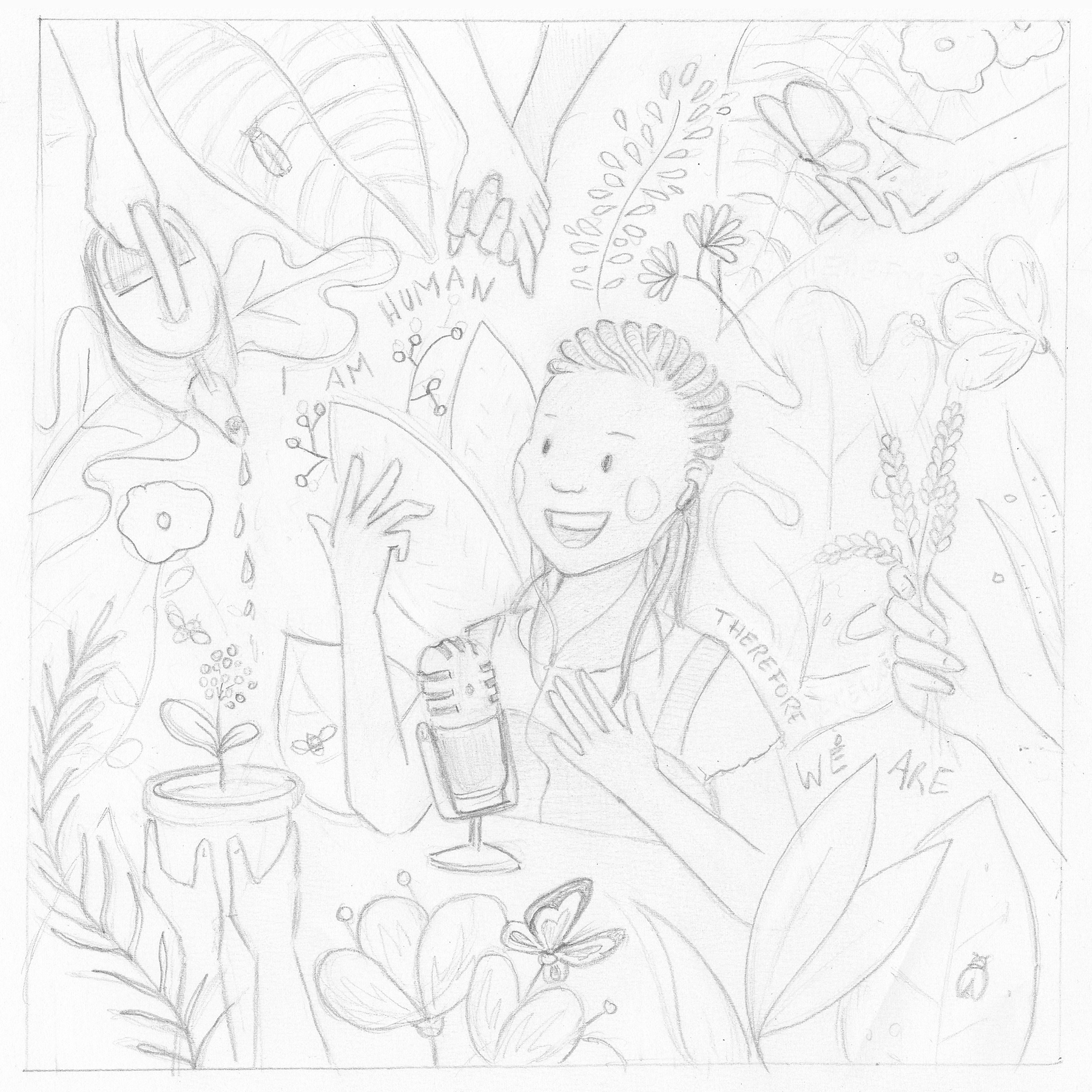 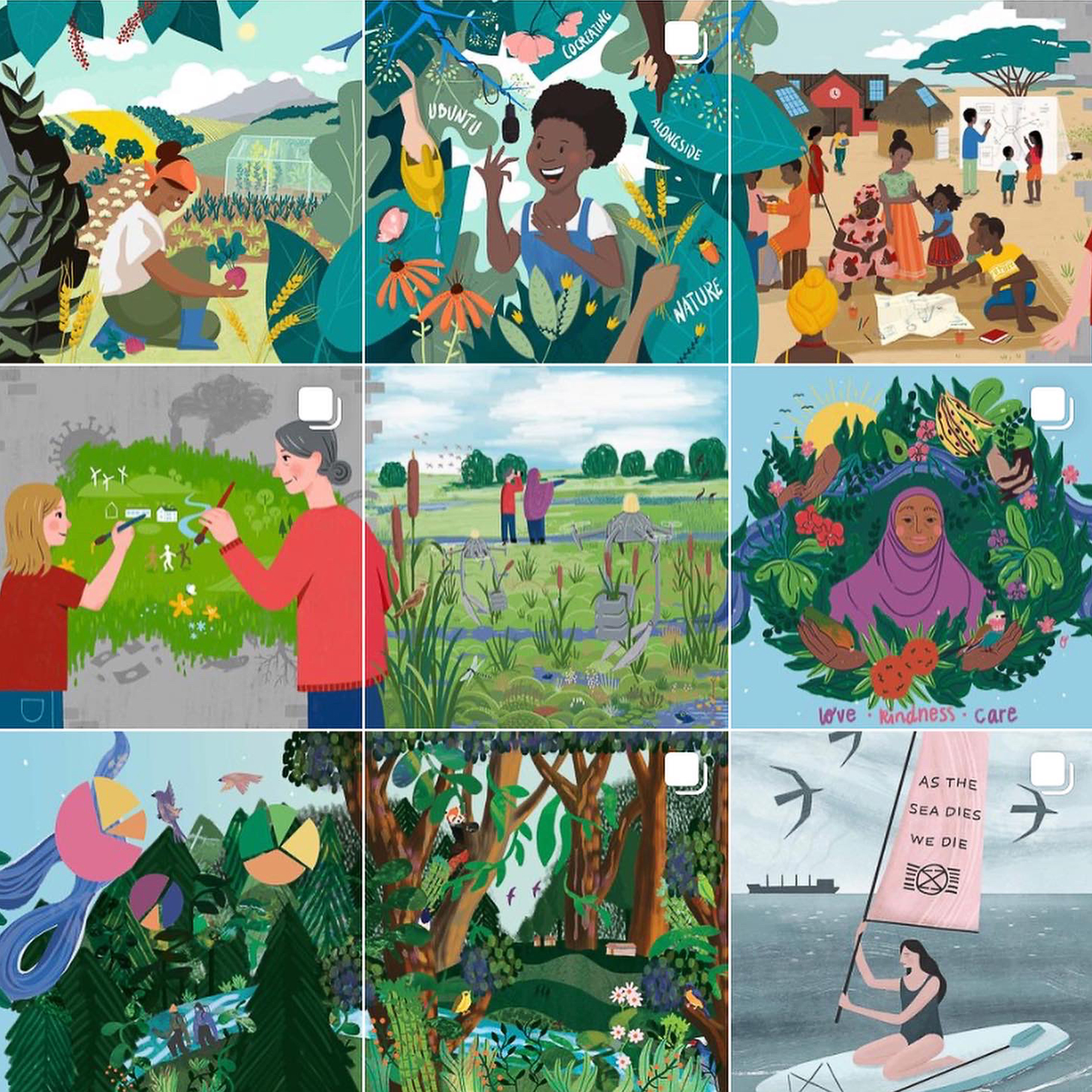 The Future We Want

Climate Illustrated is a project of Climate Creativity, that collects stories about the personal effects of climate change from all over the world. For every story then there’s an illustrator picked from a pool and asked to illustrate it.

I already illustrated two of these stories (by Melissa Schäfer and Trude Myrhe) and was happy to also be a part of the new project “The Future We Want”, where the stories were focused on a more sustainable and livable future. There was a bundle of 9 stories from different countries to choose from and all illustrations in the whole should create a continuous banner later on Instagram. That meant that there were 9 illustrations, each made by one illustrator, and  also 9 collaborative illustrations made together by the two illustrators right and left of it. (See pic 3 to 6)

I picked the story told by Shelot Masithi (last pics), a young environmentalist from South Africa. It’s named “The Future is Ubuntu” and Shelot says about it “Ubuntu is a South African Indigenous philosophy of togetherness, meaning, Umuntu ngumuntu ngabantu (I am human therefore we are). It refers to the interconnectedness of all humans — the intersectionality of humanity, nature and biodiversity. Ubuntu is unity, love, and kindness, and holds us to a moral obligation that we are in this together and we need each other.” (Source)

In the center of the picture there’s Shelot speaking into a microphone while making a Podcast (Ubunto Environmentalism). Around her you can see helping hands coming out of a vital growing nature. They are watering the plants, sharing food and supporting each other. I wanted the illustration to look happy, colorful and motivational.

The collaborative illustrations were made together with Tara Clayton (@taralynnclayton) to the left, where I illustrated the background, and Luise Hesse (@lufie.nesse) to the right, where I made the people in the front.