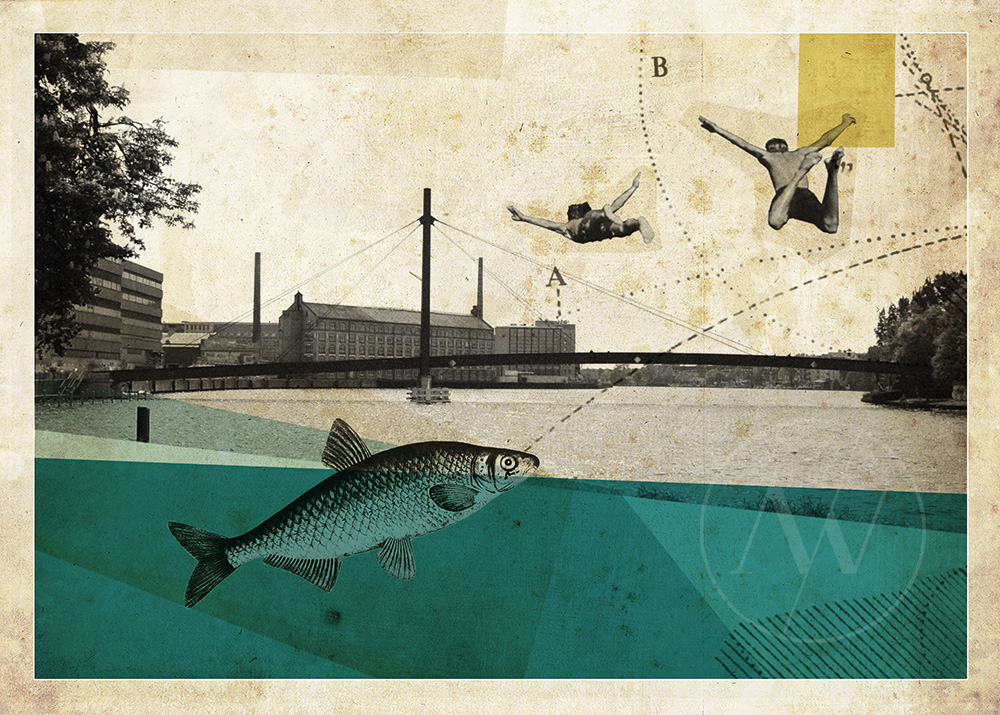 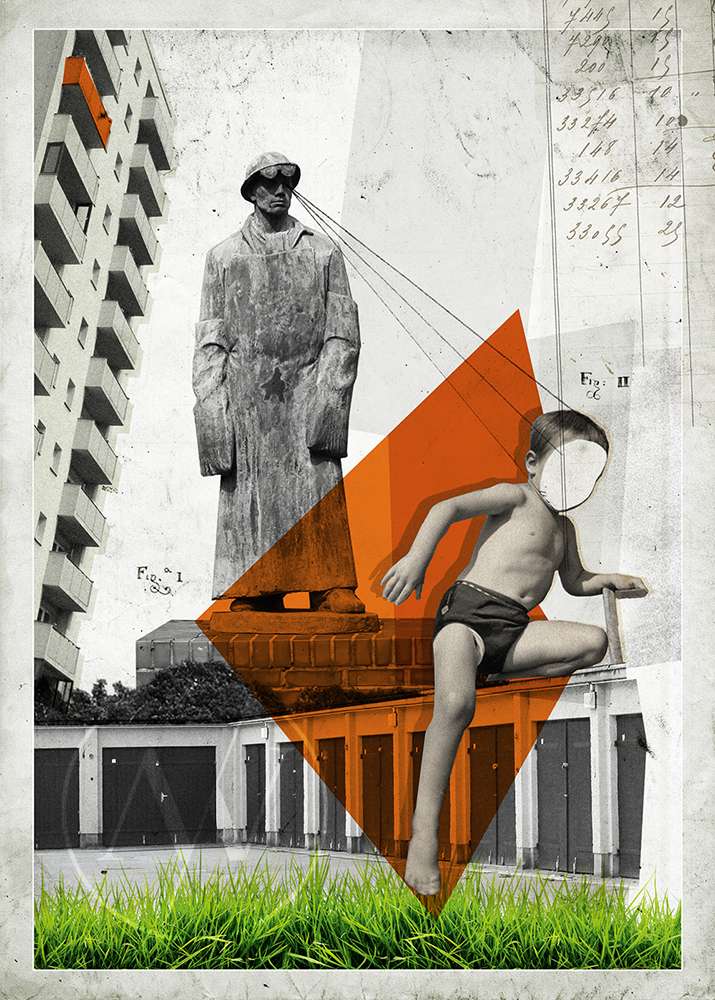 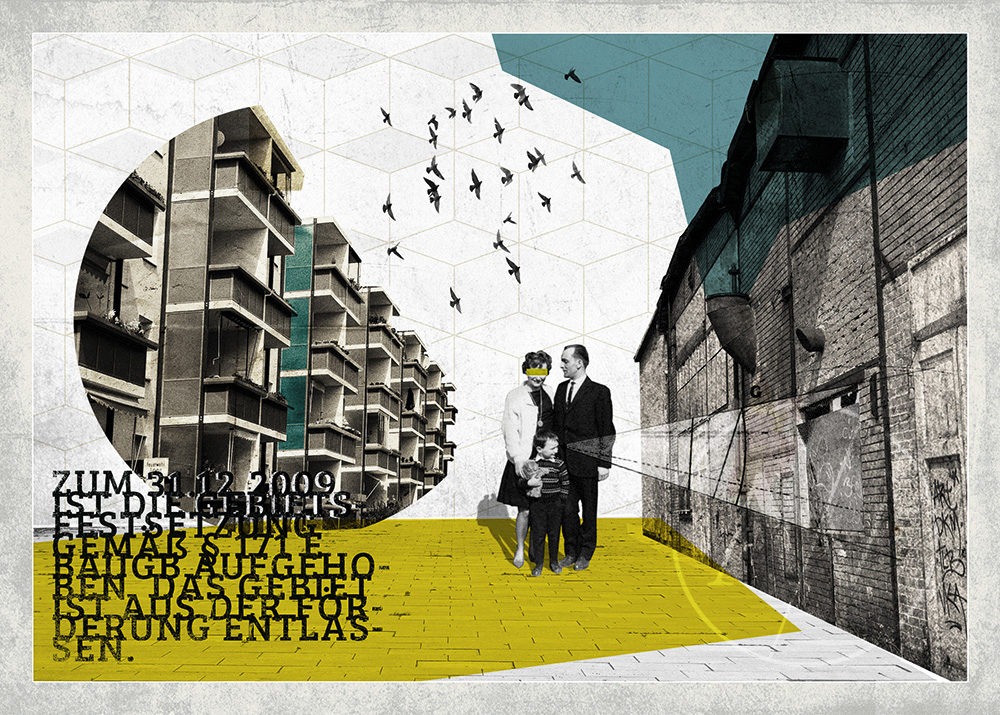 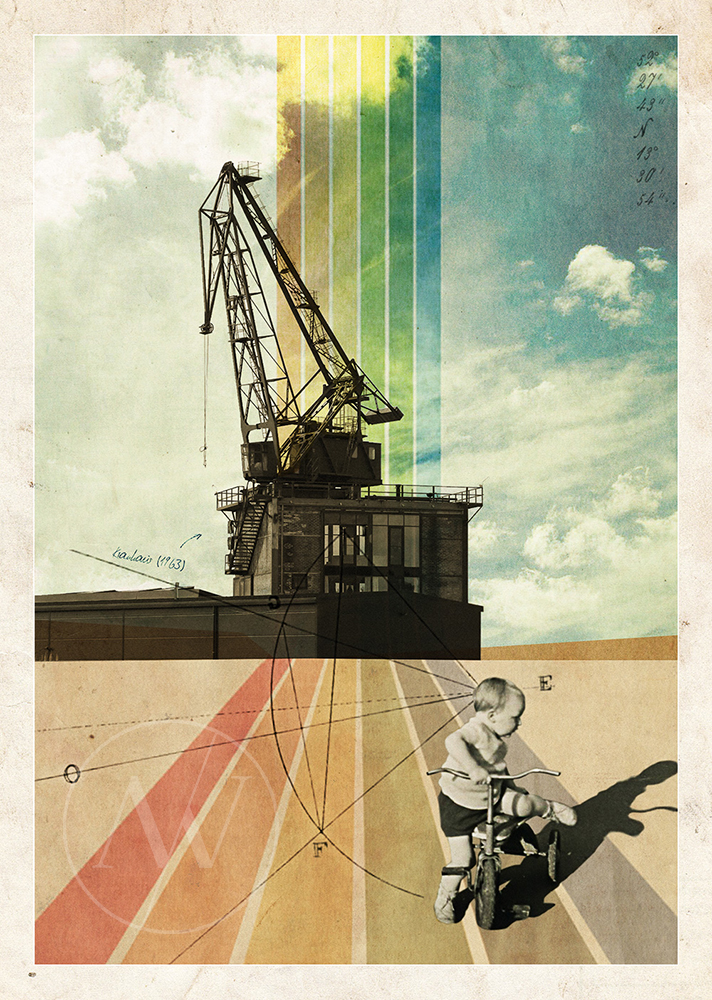 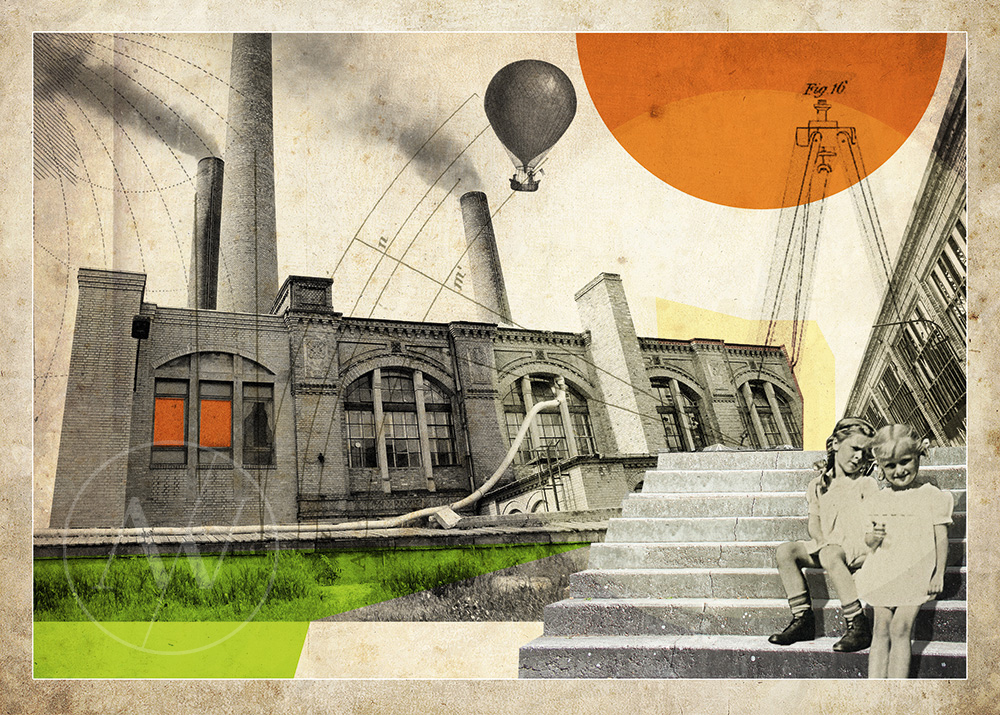 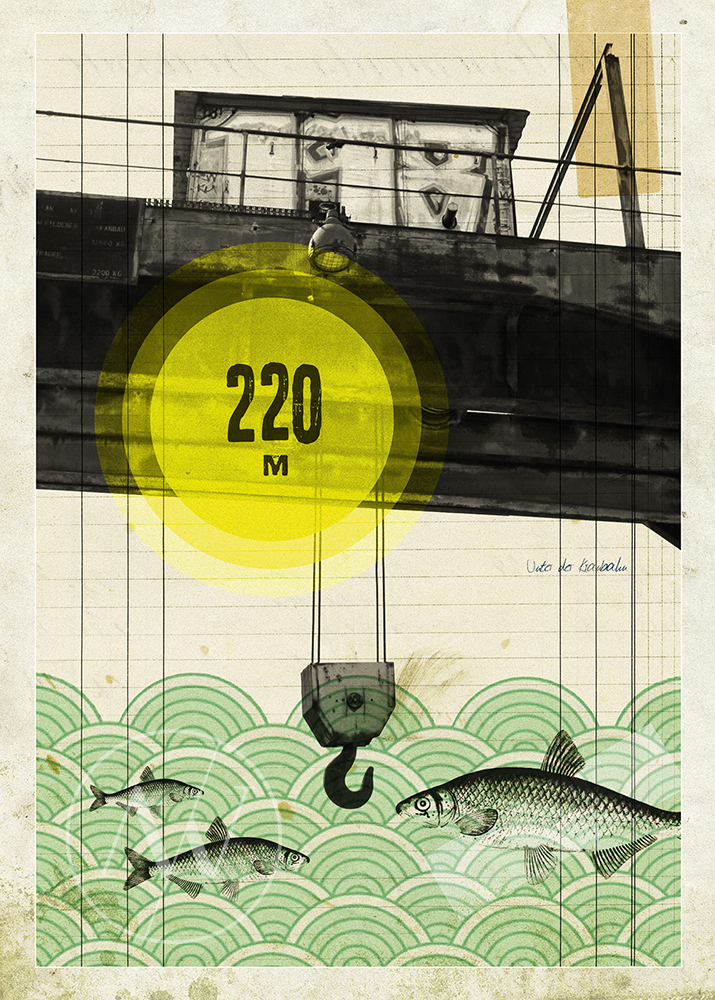 The township where I live here in Berlin is named Oberschöneweide, shortened OSW. Back then it was an area with a booming industry – until World War II. For a long time afterwards it lost its good image and became a place for social housing and right-wing extremist problems. But now, over the years, it developed to a very creative quarter with many artist studios, photographers, illustrators and so on, most of them located in the beautiful old factory buildings.

I once made these six collages composed of prominent buildings of OSW, old family pictures and graphical elements and sold them as postcards and canvas prints on a an art festival that happens here every year in July called “Kuns am Spreeknie”.